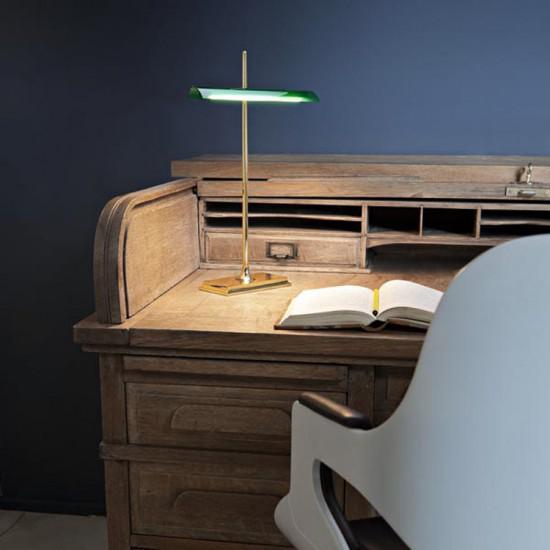 Israeli designer Ron Gilad who has always been playing with iconic elements and designs is back with a striking new product for which he collaborated with Italian Flos . Named after an investment/bankers’ company, the new Goldman desk lamp is mainly an update the traditional 19th century bankers’ lamp providing warm and homey light, with built-in LED lamps that have enough power to efficiently light your desk. What’s new about the use of it is that Gilad gave up the original pull-switch under the lampshade and opted a more contemporary on-off switch opted to the base of the lamp. Goldman also has a dimmable soft-touch technology which makes it even more appealing! 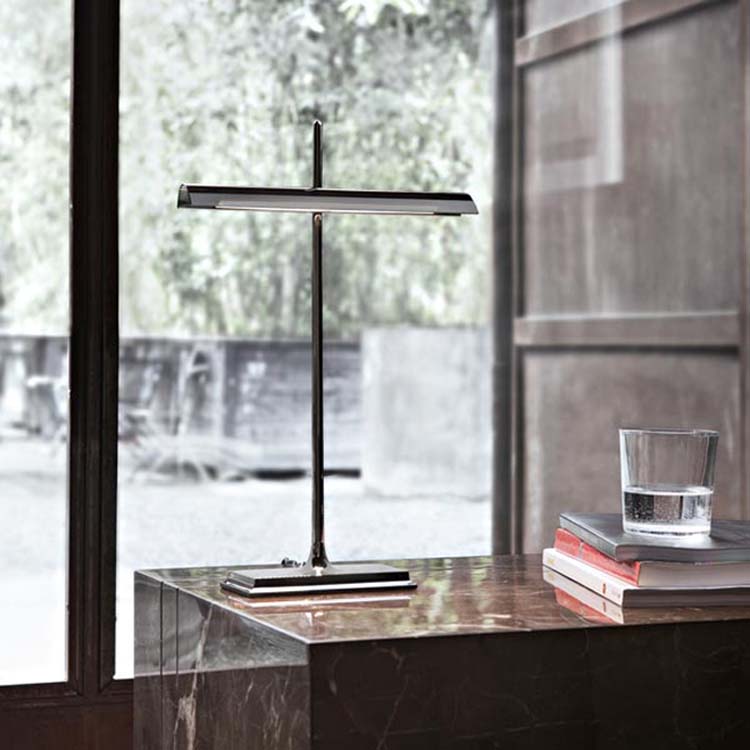 Its neo classic style and stark modernity will make Goldman fit in any interiors, whether modern or classic! 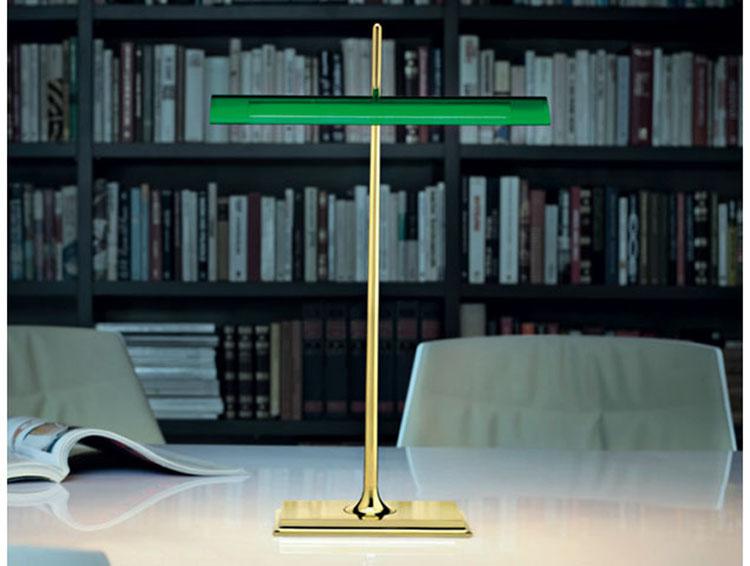 Goldman is available in two different versions: th characteristic gilded brass base with green grass light distributor and the black nickel base with dark grey shade