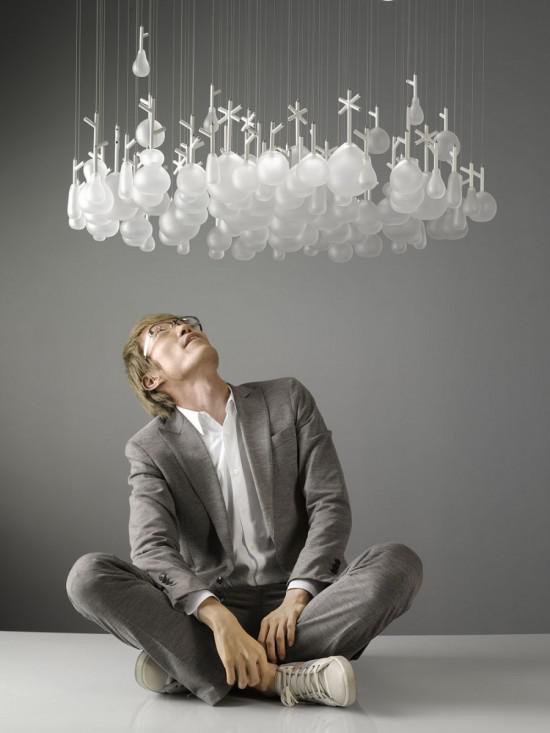 Oki Sato aka Nendo is a Japanese designer/artist and founder of the Nendo Design Studio which is behind many renowned furniture collaborations and large scale architectural installations and is definitely very influential in the contemporary design world. Nendo is much celebrated and has won numerous design awards for products designed for top manufacturing companies while while many of them are featured in world known design museums. Among the companies that have distributed his Sato’s designs are Moroso, Kartell, Established & Sons and Gan Rugs which are represented by Oikos. Below we present you some of the products he made for the prestigious companies. 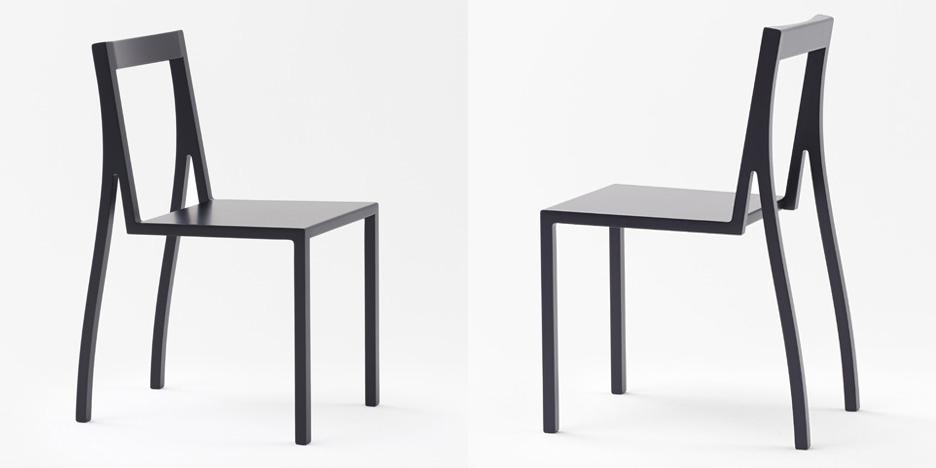 Inspired by the spike heels on a pair of stilettos, Nendo designed the Heel Chair made of wood and lacquered in black. The shape of the back legs of it and connection to the backrest really make it look like a spike heel! 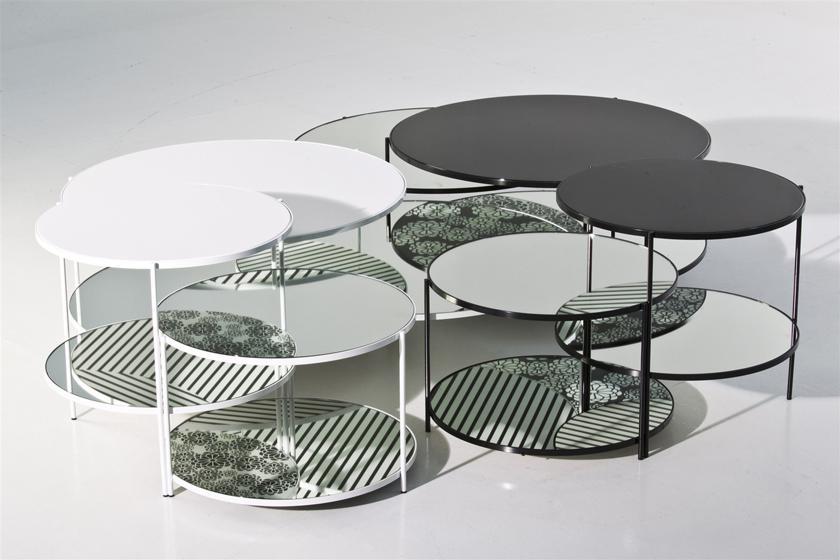 Pond, A table that Nendo calls “a narcissist table” is another collaboration with the Italian company. A set of low tables where a mirror lower shelf reveals the patterned underside of the table top is definitely a fascinating design concept! 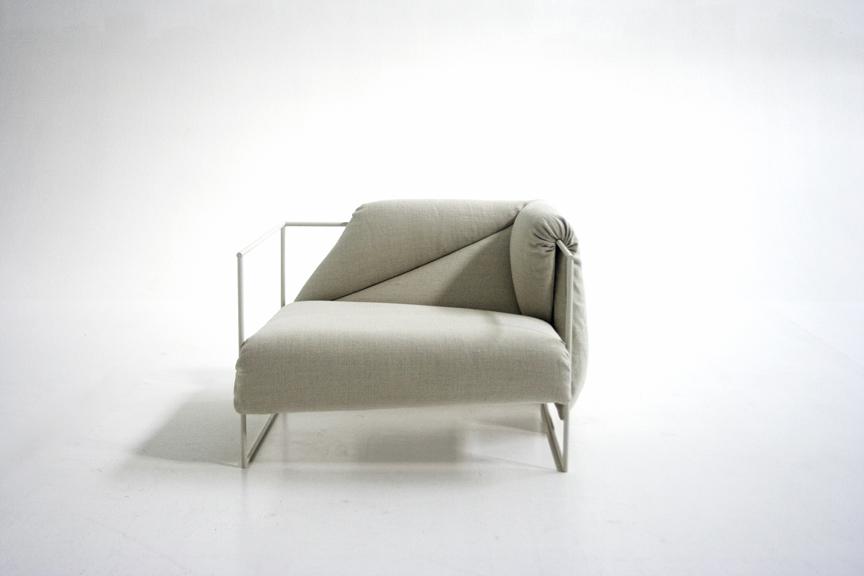 Inspired by the “Zabutons”, Nendo used the Japanese cushions, typically used to sit on the floor for an impressive armchair with large, thick cushions draped over a metal wire frame. And the result was just excquisite! 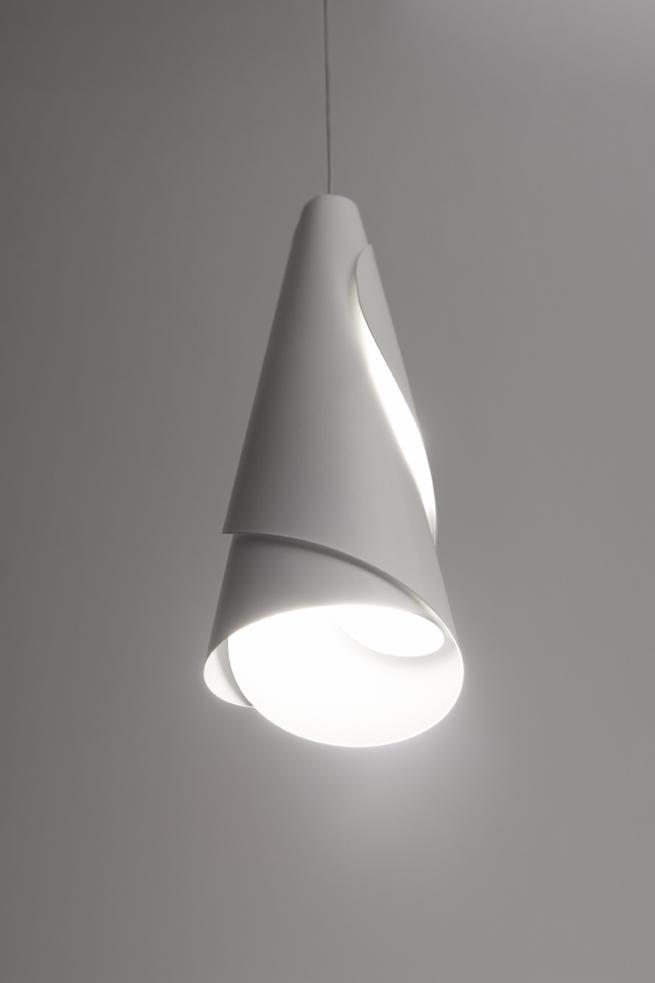 Another simple an innovative concept was applied by the Japanese designer into a lamp for Moroso again. Nendo rolled two steel sheets from the same form for the Maki lamp, while the light spils out of the cracks between the two sheets. Et voila! 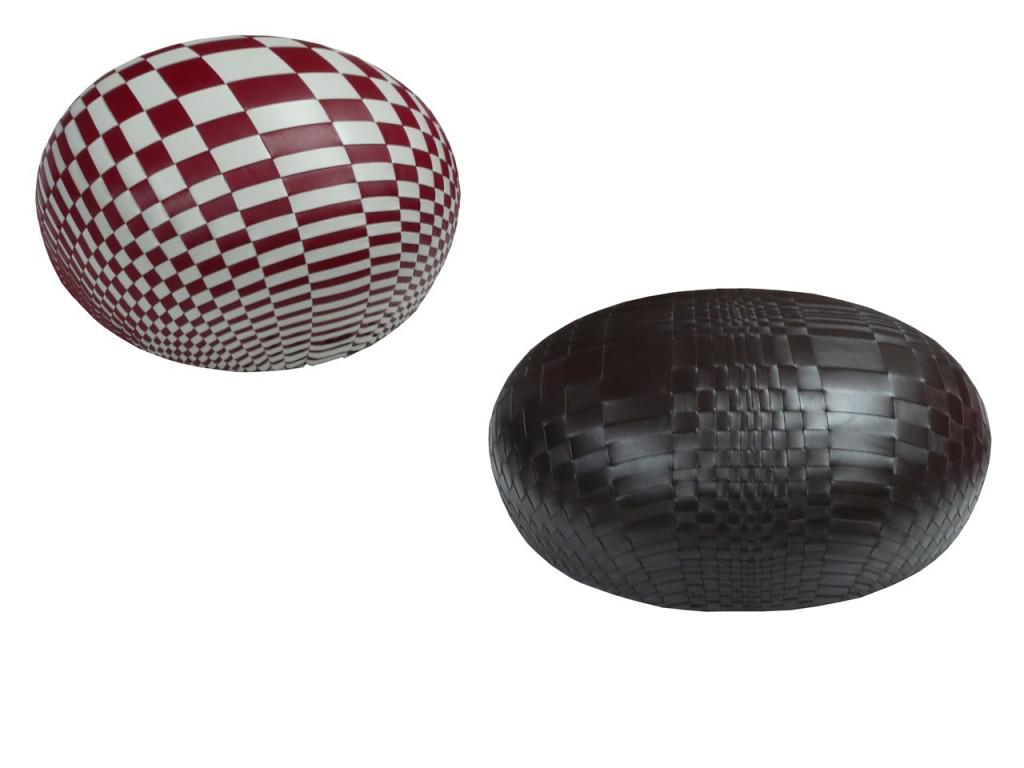 Weaving together strips of leather of different widths, Nendo added an unsual three-dimensionality to a pouf called “Dew”, again for Italian Moroso. 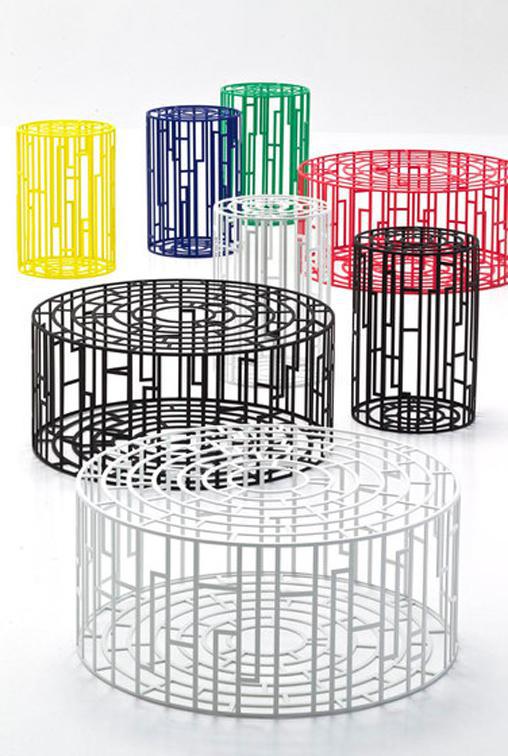 Riminiscent of a bark of a tree is the shape of the Kub tables Nendo designed for Moroso, applying production techniques that allowed him to create unique decorative patterns. 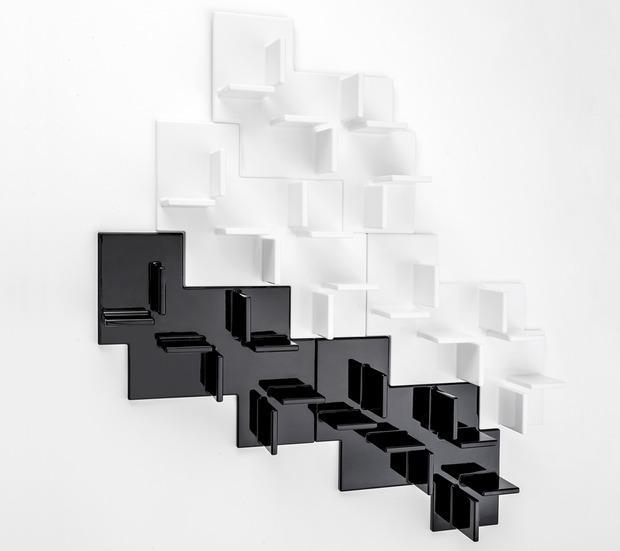 KARTELL is a company for which Oki Sato created the famous Cliff,  a modular bookshelf design that received great reviews when it was first presented at the Salone Del Mobile in Milan. This wall shelf can be used in any orientation and freely combined to create a variety of forms. 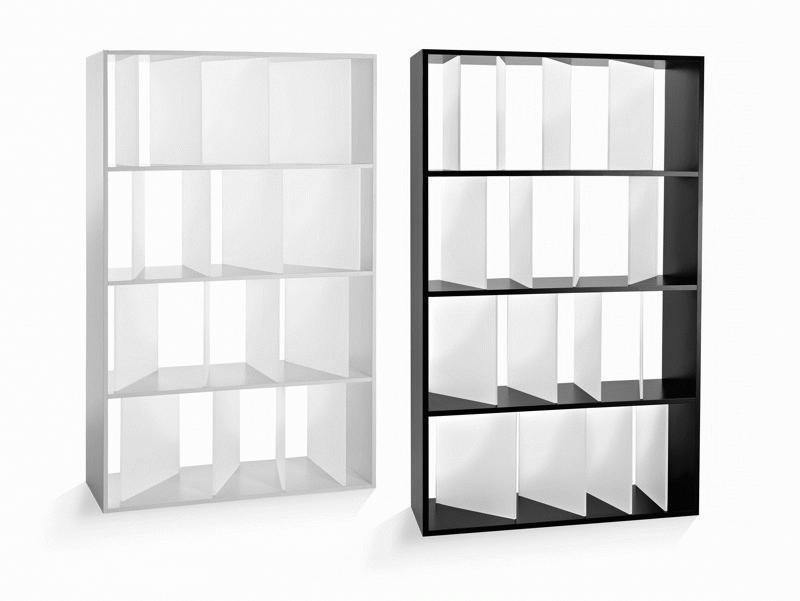 Sundial is another shelf system/bookcase that Nendo designed for Kartell. Opaline dividers set at various angles make this glossy piece a statement! 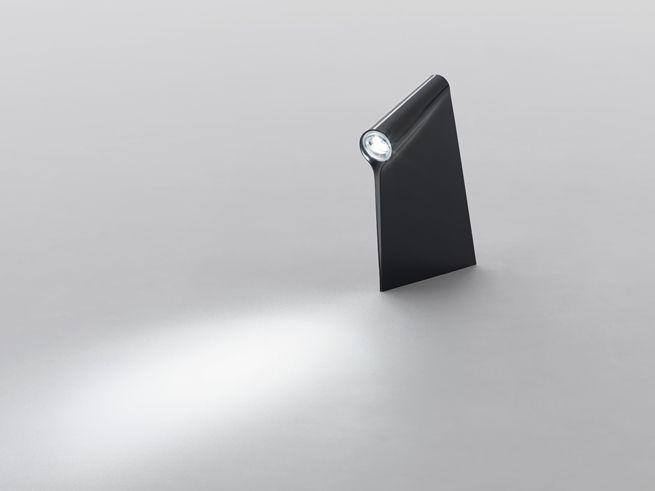 Hood was the result of the collaboration of the Japanese designer with prestigious British brand Established & Sons. A desk lamp made of a single sheet of metal that “hides” lightt, revealing and concealing, rather like a hood. 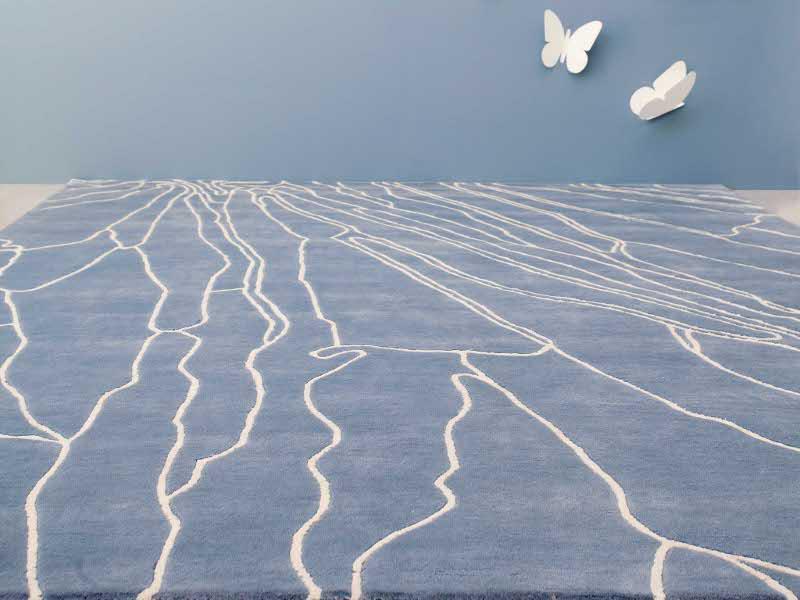 Nendo’s range of designs also expanded in textiles and rugs, collaborating with Gan Rugs for the Butterfly and the  Dragonfly collection, made of 100% New Zealand wool, featuring the pattern of a butterfly (or a dragonfly) wing! 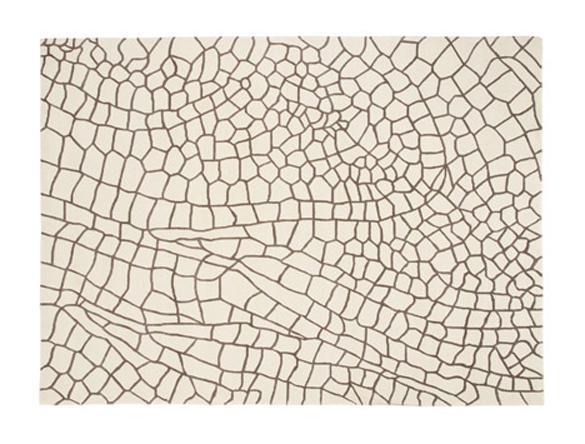 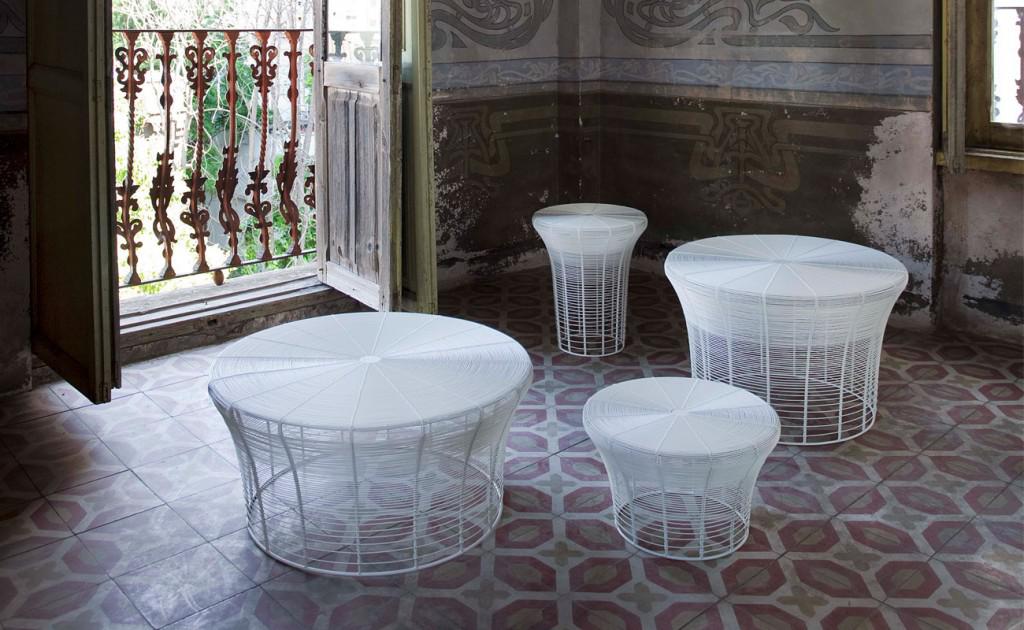 Last but not least, Nendo took up the design of the famous Aram stool for Gan Rugs, a piece that can work great also as a low table!