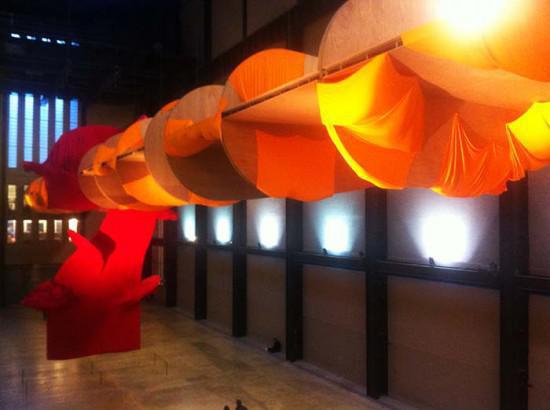 A great show has opened at Tate Modern in London by American artist Richard Tuttle and we couldn’t but present it to you. Since in the 1960’s, Tuttle has produced a distinctive body of work in a range of different media including sculpture, painting, drawing, print-making and artists’ books. His art is often characterised by its delicate, poetic qualities, and the use of simple, everyday materials. For many years Tuttle has also been a collector and historian of textiles from around the world. He is fascinated by the process of weaving, as warp and weft combine threads into a patterns, and by the different techniques and technologies which ensure that every culture has its own unique approach to making textiles. He has also considered the links between textiles and language, such as the ways in which grammar weaves together sound and meaning. His new show “I Don’t Know. The Weave of Textile Language” and his specially commissioned sculpture in the Turbine Hall at Tate Modern are really fascinating. Besides, the sculpture is the largest he has ever made, though he stresses that his concern is with scale rather than size. Like all of his work, it represents a determined engagement with the space that it occupies. The hanging structure incorporates three fabrics manufactured for the project by textile mills in Surat, India, in each case combining man-made and natural fibres to achieve the colour and textures specified by the artist. 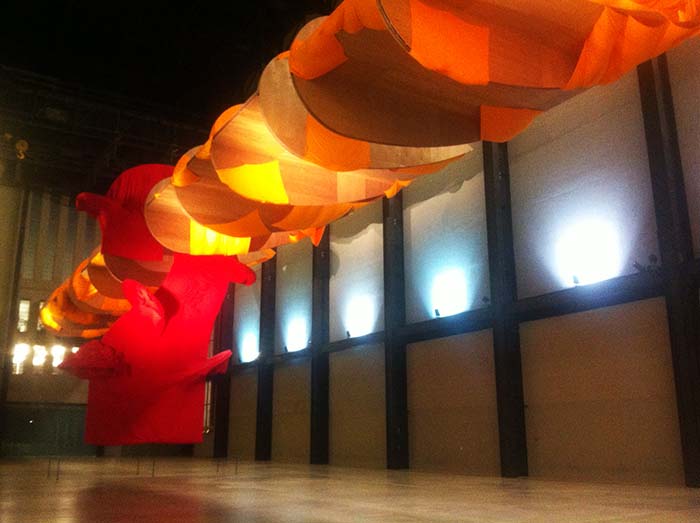 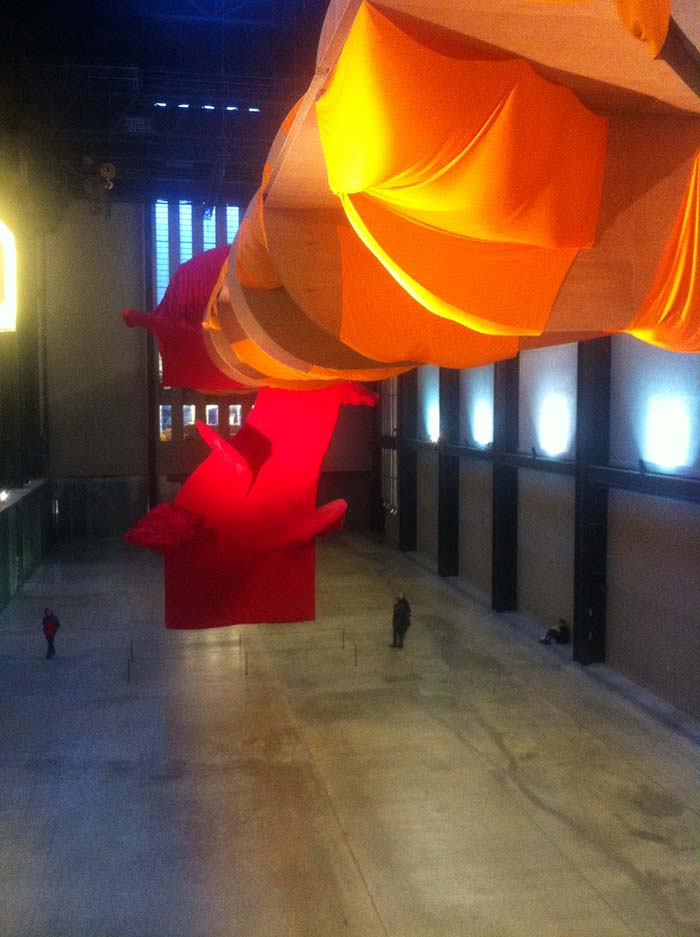 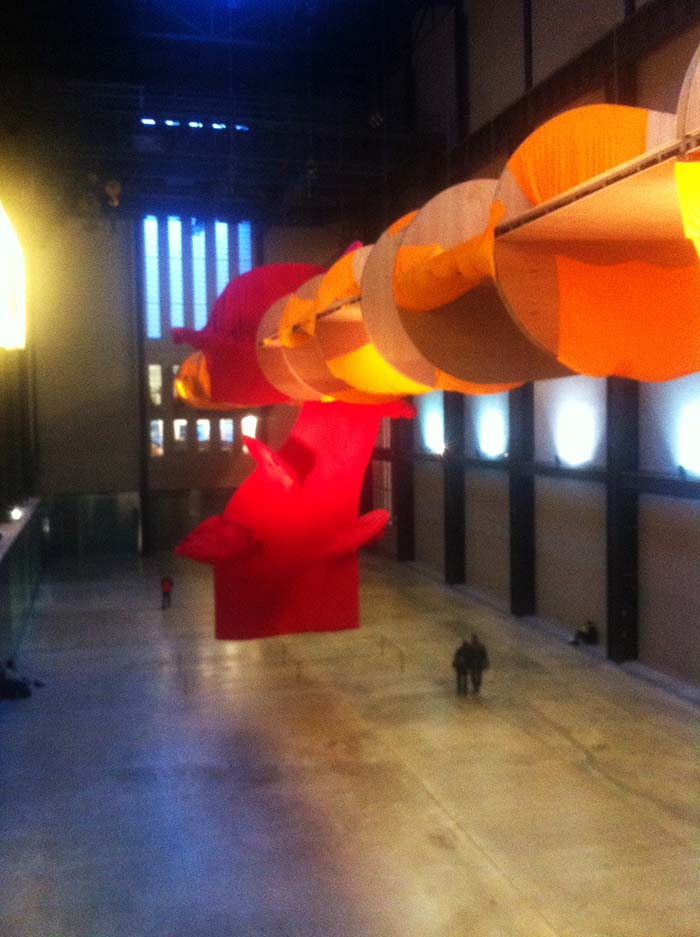 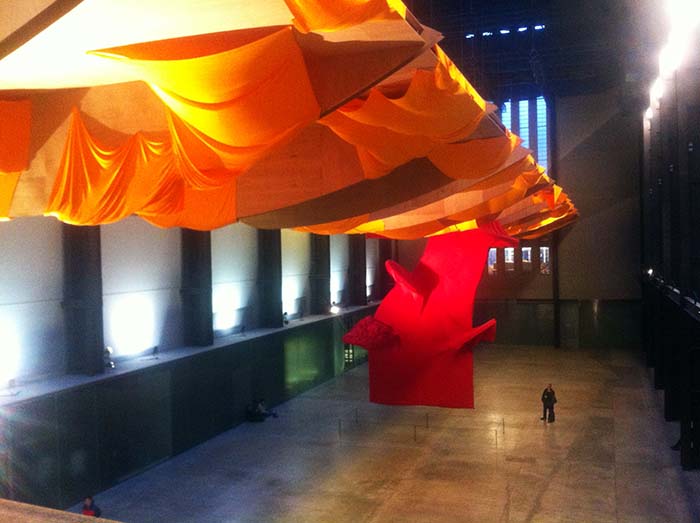 Tuttle’s show will be open to the public until April 2015. Meanwhile, another show by Sigmar Polke is also running! 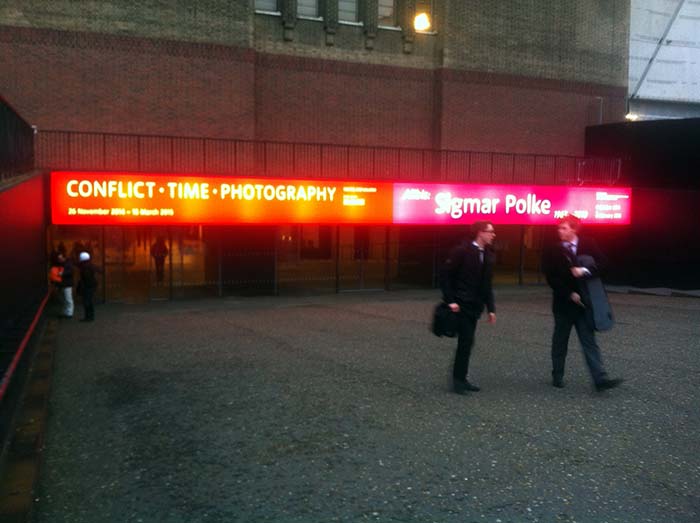