THE CONCRETE CITIES WIN THE SILVER A’ DESIGN AWARD

A Future Perfect is the creative partnership of architects Katerina Grigoropoulou and Evi Sougkara, launched in 2013 in Athens. AFP, is a platform for creative experimentation with materials and small scale objects and the outcome of their creative experimentations with materials and small scale projects. One of them is The Concrete Cities, a project was inspired by the need to reinvent the notion of the contemporary souvenir. AFP aimed to create mappings of the world’s cities in the form of concrete coasters,  forming, as a puzzle, the city’s center map. First, it was Athens that was mapped in these coasters that were displayed in Athens and Stockholm in 2013 before we had them for sale at Oikos.

The suggested use for The Concrete Cities that are made our of concrete and polypropylene fibers is as coasters. All 4 or 6 of them can also be used as a pot holder/mat. It can also stand as a wall piece, or a press-papier. The suggested variations (plain concrete/painted water/green area, painted favorite path) offer the option for diversity and even customization. 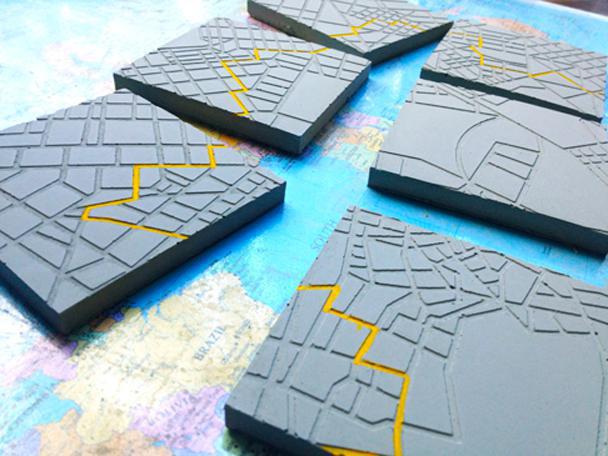 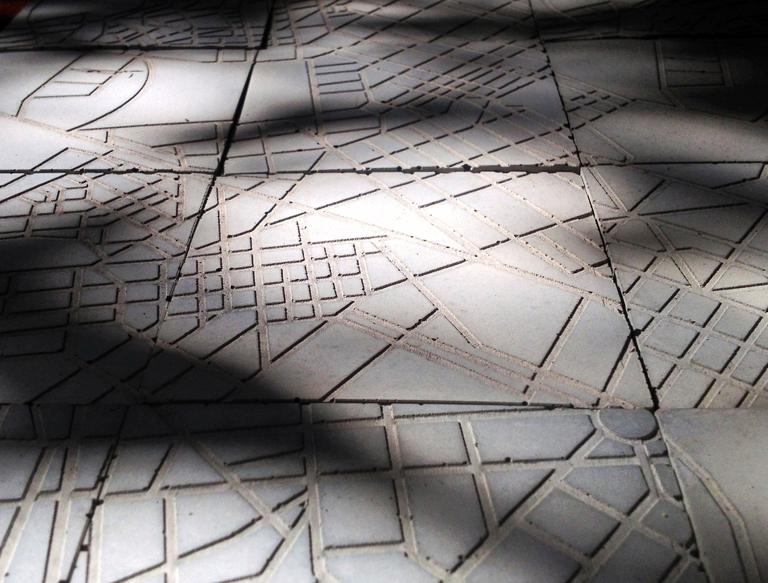